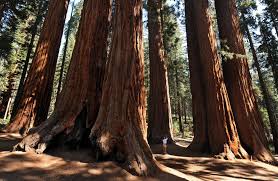 California, “The Golden State”, is located on the West Coast of the United States. California is bordered by Oregon to the north, Nevada to the east, Arizona to the southeast, and the Mexican state of Baja California to the south. It has the largest population in the U.S., home to one out of eight people who live in the United States, with a total of 38 million people, and it is the third largest state by area. Sacramento is the state capital.

California’s diverse geography ranges from the Pacific Coast in the west, to the Sierra Nevada in the east – from the Redwood–Douglas fir forests of the northwest, to the Mojave Desert areas in the southeast. The center of the state is dominated by the Central Valley, a major agricultural area. With income levels that are above the national average, jobs in California promise more pay than you might get elsewhere for the same amount of work. Add to that experience, qualifications and the proper education, and a newly transplanted Californian could be in store for quite an income boost. Despite this, though, the cost of living in California is the sixth highest in the U.S. The prices of basic goods like food and gas are among the highest in the country and property is incredibly steep, with homes going for an average of $425,000 and rentals upwards of $1,900. On the other hand, California is noted for its lower average utility cost. Even in areas like San Francisco, one of the most expensive areas in California, it’s possible to keep your utility bills near $100 a month.

If you’re moving to California and have your sights set on a coastal life, you can expect warm summers and mild winters with average yearly temperatures ranging from the low 40s to the low 80s. Living further inland, things get a bit hotter in summer, and if your elevation is high enough, a bit snowier. As always, when you’re moving to California it’s critical that you plan your move with some foreknowledge of the weather at your destination so you can be adequately prepared for either blistering heat or slick conditions. Planning your move during non-holiday weekends is your best bet to encounter the least amount of traffic. If you’re moving to California during the week, plan on doing freeway driving between the hours of 9AM and 3PM when traffic is at its lightest. If you’re unable to plan your move to precise hours such as these, consider adding an hour or two to your travel time to accommodate for regular to unusually heavy levels of freeway congestion, especially when in and around major cities. California’s transportation is served by the most extensive highway system in the country. It also contains several popular intercity railway options, along with the subway and light rail in Los Angeles and light rails in San Jose, San Diego, and Sacramento. Along with incredibly busy highways, California also has two major airports, Los Angeles International (LAX) and San Francisco International (SFO), both ranked 6th and 21st respectively as among the busiest airports in the world.

As California is the most populated U.S. state, there are plenty of schools to choose from, with more students in school than 36 states have in total population and one of the highest enrollments in the country. California ranks 15th in the U.S. on spending per student. The bright spot of California’s education come in it’s post-secondary schooling. California has some of the best public and private colleges and universities in the country, along with having one of the largest university systems and community college systems.

Almost 60% of California’s state economy comes from tech, real estate, finance, and several business services. It also has the highest agricultural output of any state, the largest exports being milk, almonds, and grapes. Overall, the state’s economy can be compared to those of other large countries like Russia or Italy.

California is one of the leaders in the U.S. on renewable energy, as it is the state with the highest demand. By 2020, the goal is to have a third of the state’s energy use be from renewable sources, and measures are already very effectively in place. Wind farms, solar, and hydroelectric power are the main renewables of choice, all three being readily supplied currently. Water use, though, is a touchy subject as California experiences some of the worst periodic droughts to its 40 million acres of water ways a year.

California contains some of the most impressive national parks in the country, among which is the famous Sequoia National Park, known for its breathtaking giant sequoia trees, the most massive. It’s also home to the tallest trees, the redwoods, and the oldest, the bristlecone pine. There’s the Central Valley, which contains the states fertile farmlands, as well as the highest, Mount Whitney, and lowest, Death Valley, points in the 48 contiguous states. Travelling out of the bustling cities is worth it to take in all of the natural beauty this state has to offer.

This article was posted in California, Moving Out of State.
Scroll up